During the Nordstrom Anniversay sale Becca launched a Nordstrom exclusive set called the Passport to Glow: Parisian Glow set. It contains four products of which one is the highlighter I wanted had already sold out individually. Who doesn’t love a good value set with a beautiful sold highlighter, right?! 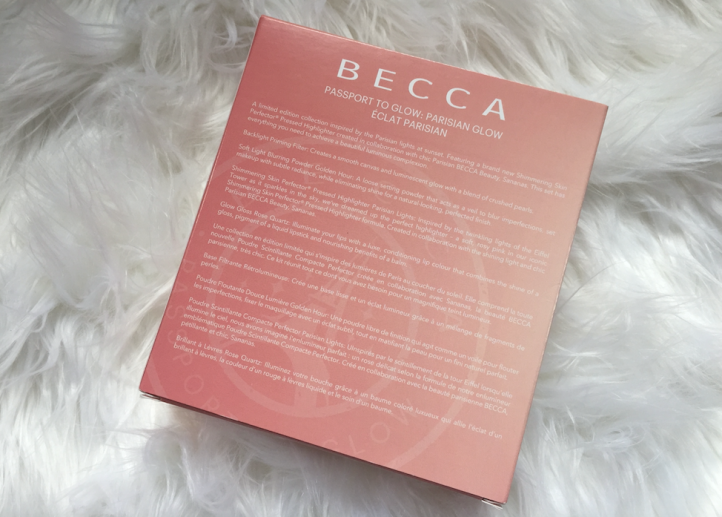 The Passport to Glow name was also used when Becca came out with the Royal Glow highlighter around the time of the Royal Wedding (Meghan Markle and Prince Harry). So far they’ve covered Londen with the Royal Glow and Paris with the Parisian Glow. How cool would it be if every capital would get their own highlighter? Would love to see a Becca highlighter inspired by Delft’s Blue or Dutch tullips! 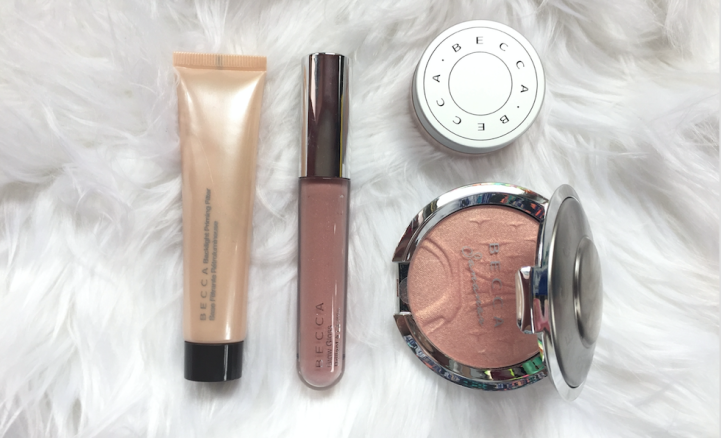 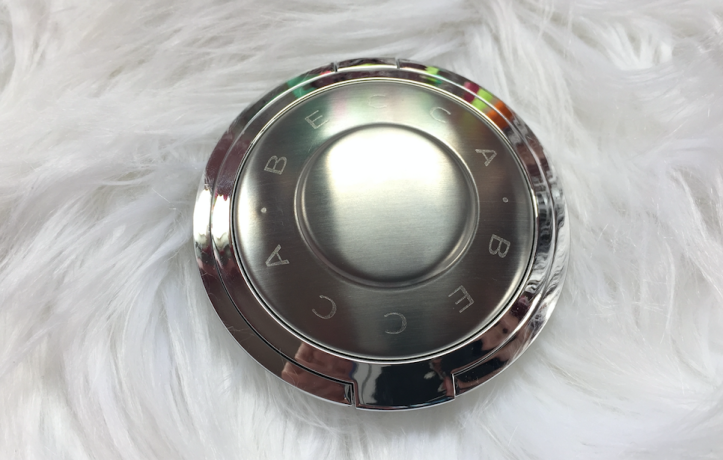 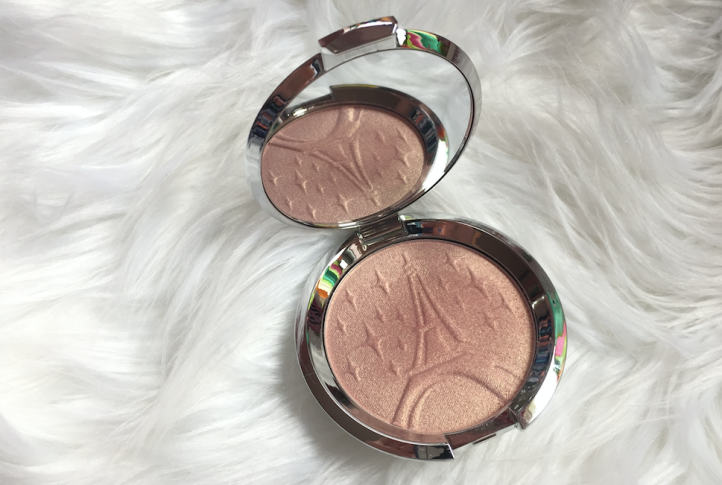 The highlighter is in a soft, rosy pink color with golden shift. The color was inspired by ‘the twinkling lights of the Eiffel Tower as it sparkles in the sky. (…) Created in collaboration with the shining light and chic Parisian BECCA Beauty, Sananas.’

The packaging of the highlighter is the same as the Royal Glow highlighter. 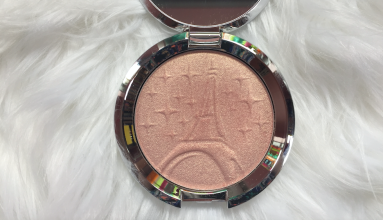 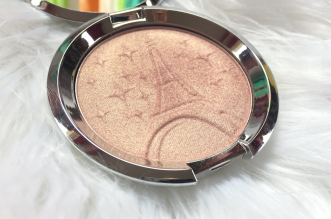 These two pictures show how gorgeous the color shift is: soft pink and warm golden. Love it! You may have noticed that this has totally been my kind of highlighter shade lately. 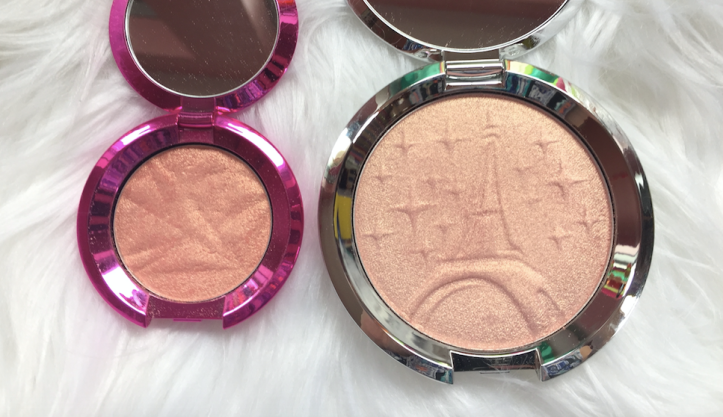 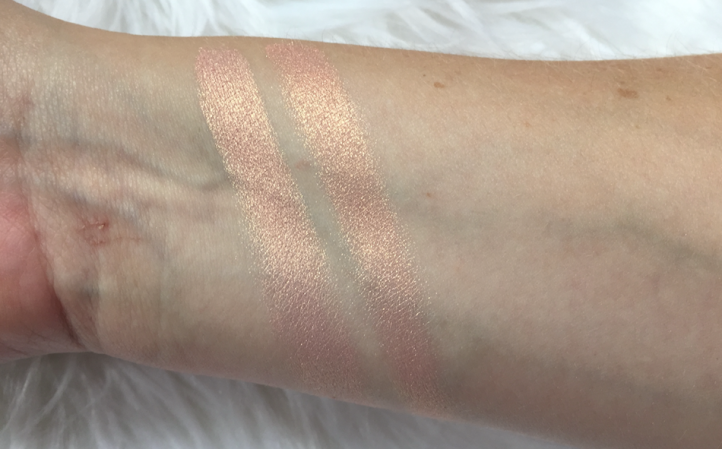 The color shift reminded me so much of the other Becca product I bought during the Nordstrom Anniversary sale, the Glamglow x Becca We Know Glow set and the swatches show that those two highlighter shades are very, very similar. Not yet identical but it’s close. 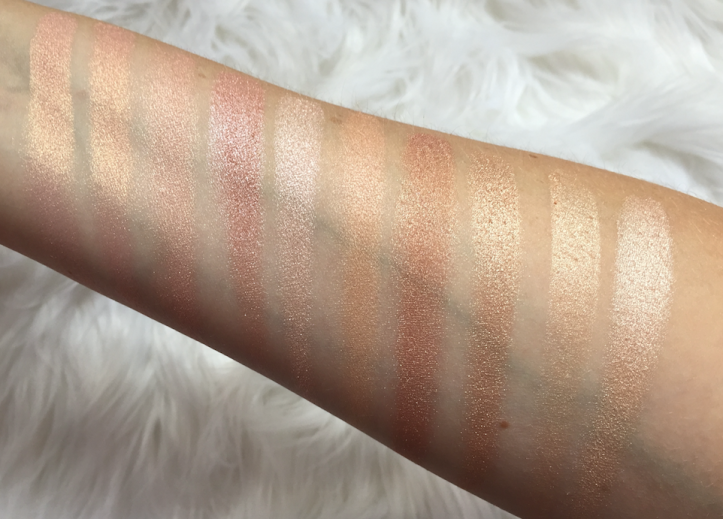 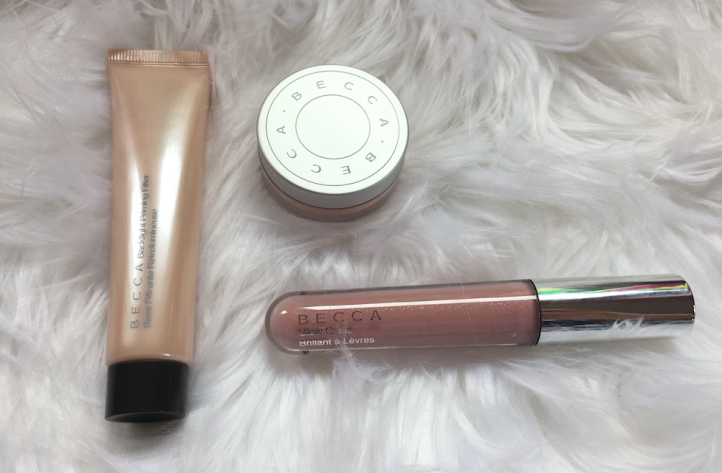 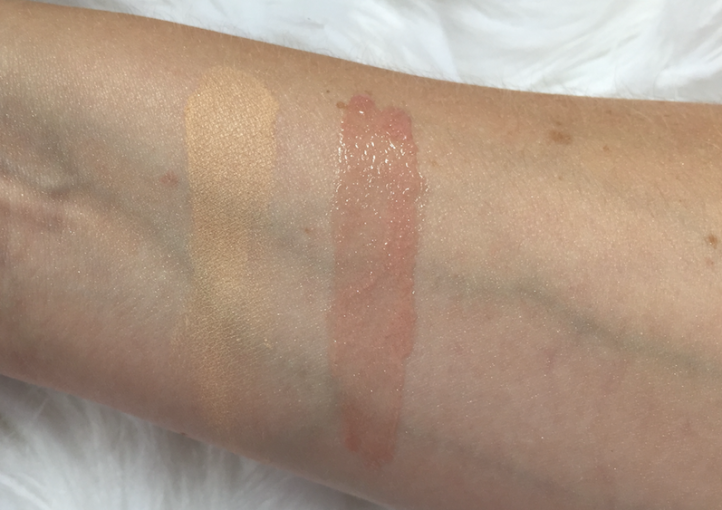 The powder is unfortunately way to dark for my skin tone (see left swatch), but that’s okay because it’s still such a nice set! I’m sure I can make some one else happy with the powder.

I do love the Glow Gloss in Rose Quartz a lot (right swatch). It’s a subtle pink gloss with a beautiful shine and it’s not too sticky. The perfect gloss for a ‘no make-up’ make-up look!

The Backlight Priming Filter is a primer that I also own in full size and I am loving it so much more than expected! It gives the most gorgeous glow on the skin and blurs uneven skin tone. It’s the perfect base for a healthy glow.